A Plague Tale: Innocence is one of the most beautiful games out there. Asobo Studio has used photogrammetry and as a result of that, the in-game textures look really detailed. The game uses an in-house engine and its lighting system is really great. Most characters are also highly detailed, though the lip-syncing is a bit average-ish and sometimes the transition between various animations is not that smoothly. Still, and despite its flaws, A Plague Tale: Innocence looks really impressive. 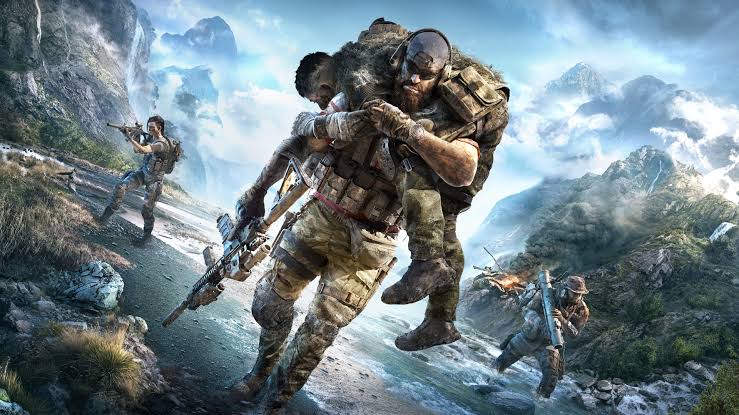 We’ve said it before and we’ll say it again; Ghost Recon Breakpoint is a huge disappointment. However, the tech powering it is incredible, and the game pushes some truly amazing environments. Ghost Recon Breakpoint looks and runs better than Assassin’s Creed: Odyssey, Ghost Recon: Wildlands, The Division 2 and Watch_Dogs 2. The game also features some cool weather/wind effects and the grass bends as you walk through it. Ubisoft has used photogrammetry and all of the textures look incredible. The only downside here are the character models that are not as mind-blowing as what COD or Battlefield currently offer. Still, Ghost Recon Breakpoint is one of the best looking games of 2019.

Call of Duty: Modern Warfare looks amazing on the PC, even without its Ray Tracing effects. The character models are among the best we’ve seen in a first-person shooter, and the animations are really smooth. The environments also look incredible and Infinity Ward has used Photogrammetry. There are a lot of cool environmental and particles effects, and the levels are full of small details. The game would have been higher in the list if it didn’t suffer from some really ridiculous pop-in issues.

Gears 5 looks stunning on the PC. The character models look great, and the lip-syncing is very good. However, they cannot come close to what Resident Evil 2 Remake or Detroit: Become Human have achieved. Similarly, its environments look amazing and there are some cool environmental destruction set-pieces. However, there are also some limitations here that really surprised us. For instance, the gameplay environmental physics/destruction are toned down. Furthermore, the lighting is nowhere close to what Metro: Exodus and Control achieved. While Gears 5 looks and runs incredibly well, it does not showcase what future games can look in Unreal Engine 4; it feels more like a “refinement” of what modern-day games can look like.

Resident Evil 2 Remake looks absolutely stunning. The character models look incredible (you can also dismember them) and a lot of light sources cast shadows. Seriously, and mainly thanks to its incredibly detailed character models, the game can sometimes feel like a next-gen title. The environments and the lighting are top notch, though overall interactivity is quite limited. There are also some minor “noise” issues with the game’s reflections but these are nitpicks. Resident Evil 2 Remake 2 is undoubtedly one of the best looking PC games of 2019.